Functions of ApoER2 and VLDL receptor

During embryonic brain development the Reelin signaling pathway orchestrates correct positioning of neurons in laminated structures of the brain. This pathway starts with binding of Reelin to two receptors ApoER2 and VLDL receptor and leads to phosphorylation of the intracellular adapter protein Dab1. This straight forward concept, however, is much more complex than originally anticipated. Reelin binding induces higher order clusters of the receptors and depending upon which receptor is present in these clusters the outcome of the signal differs. In addition, both receptors are expressed as differentially spliced and glycosylated variants in specific subsets of neurons. The main aim of our research is to describe the actual signalosome(s) formed and to characterize their specific functions.

To investigate the formation of specific signalosomes by Reelin we use time-resolved anisotropy (homo-FRET) and fluorescence lifetime imaging microscopy (FLIM-FRET).

We recently discovered that the initial event of the Reelin signaling pathway is the formation of higher order receptor clusters on the surface of target neurons. Dlugosz et al. Front. Mol. Neurosci. 12:53. doi: 10.3389/fnmol.2019.00053

Expression of Clusterin in mouse brain

We described Clusterin as a novel ligand for ApoER2 and VLDL receptor which induces a Reelin-like signaling cascade and plays a role in neurogenesis in the subventricular zone of the developing brain. Leeb et al. J. Biol. Chem. 289, 4161- 4172, 2014

Thrombospondin stabilizes the outgrowth of neuroblast chains from SVZ-explants

Thrombospondin-1 was discovered in our laboratory as ligand for ApoER2 and VLDL receptor. The signal created by this interaction guides neuroblasts along the rostral migratory stream to form the olfactory bulb during embryonic brain development. Blake et al. EMBO J. 27, 3069 - 3080, 2008

The rostral migratory stream in mice

ApoER2 and VLDLR are expressed in the rostral migratory stream and play a Reelin-independent function in the migration of neuroblasts. PNAS 104, 8508 - 8513, 2007 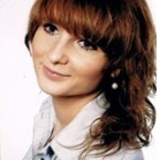 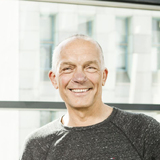 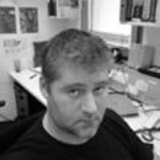 Enzymes involved in hepatic acylglycerol metabolism in the chicken.

Differential functions of ApoER2 and VLDL receptor in Reelin signaling depend on differential sorting of the receptors.

View all Publications of Group Nimpf