The Weintraub Student Award is one of the most prestigious and competitive international student awards recognizing “outstanding achievement during graduate studies in biological sciences”. Anete Romanauska, PhD student in Alwin Köhler’s lab, has been selected as one of twelve students from around the globe in 2020. The award is sponsored by the Fred Hutchinson Cancer Research Center in Seattle. 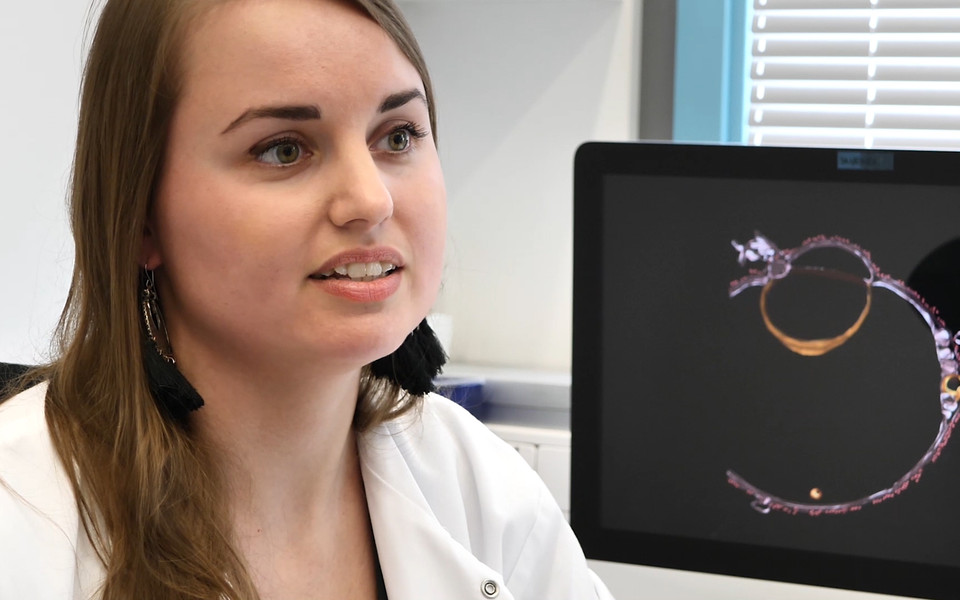 The Weintraub Award was established to honour the legacy of a brilliant scientist and mentor: Dr. Harold “Hal” Weintraub was a member of the Basic Sciences Division of the Fred Hutchinson Cancer Research from 1978 until 1995. Weintraub is well known for his discovery and characterization of "myoD", the master regulatory gene that elicits an entire program of muscle cell differentiation. Hal Weintraub was highly respected for his innovative science, but also for being a caring mentor and supportive colleague. He tragically passed away already at the age of 49.

Every year a committee from the “Hutch” - faculty and students - select awardees based on “quality, originality, and significance of their work”. Awardees are invited to present their work during a scientific symposium in Seattle.

Anete grew up in Latvia and studied in Riga. She joined the Köhler lab as a VBC Summer Student in 2015. Originally planned as a short internship, this summer trip to Vienna turned out to have a profound impact on her scientific career. “When Alwin asked me at the end of that summer if I wanted to continue working with him, I was happy to accept because I saw great opportunities in studying the nuclear envelope. I am still puzzled how little we know about this membrane, which is essential for protecting and decoding our genome.”

During that early work, Anete studied how lipid-interacting proteins are escorted into the nucleus, to what is called the inner nuclear membrane. While searching for answers on that topic, Anete made an unexpected breakthrough in an entirely different direction. In her PhD studies, Anete addressed the question whether the inner nuclear membrane is indeed a metabolically silent territory as conventionally assumed.

Using baker’s yeast as a model, Anete discovered the turnover of lipids at the inner nuclear membrane. This leads to the formation of a new type of energy-storing organelle in the nucleus, so called nuclear lipid droplets. Her work opens exciting avenues for investigating the function of energy storage inside the nucleus, as well as links between inner nuclear lipid metabolism and gene regulation. These finding were published as a 2-author-paper (Romanauska & Köhler, 2018) in Cell.

What was most important for Anete during her PhD studies? “It was both, the opportunity to work on a fascinating research question but also the fact that Alwin is a great supervisor and mentor. I like his creativity and the way he approaches scientific questions. I also appreciate the atmosphere and collegiality in our lab”, says Anete.

And Alwin Köhler adds: “I continue to be deeply fascinated by the fact that Anete did everything herself. This is remarkable given the range of different techniques that she used and the sheer amount of data that she generated single-handedly. As big science gets even bigger and the author lists on scientific papers get longer, Anete’s work is an impressive demonstration of individual brainpower, creativity, technical skill and perseverance.”