Decoding the role of PHF3 in transcription

Yeast homologue of the PHD finger protein 3 (PHF3) is known to be involved in transcription regulation, but its exact function in mammalian cells has remained unclear. New work from the lab of Dea Slade now shows that PHF3 regulates RNA polymerase II through a specialized domain called SPOC. Their study, published in Nature Communications, identifies PHF3 as a regulator of both transcription and mRNA stability during neuronal differentiation. The work is a collaboration between the Slade Lab, scientists from the Vienna BioCenter, the Institute of Science and Technology (IST, Austria), the Central European Institute of Technology (CEITEC, Czech Republic) and the Max Delbrück Center (Germany). 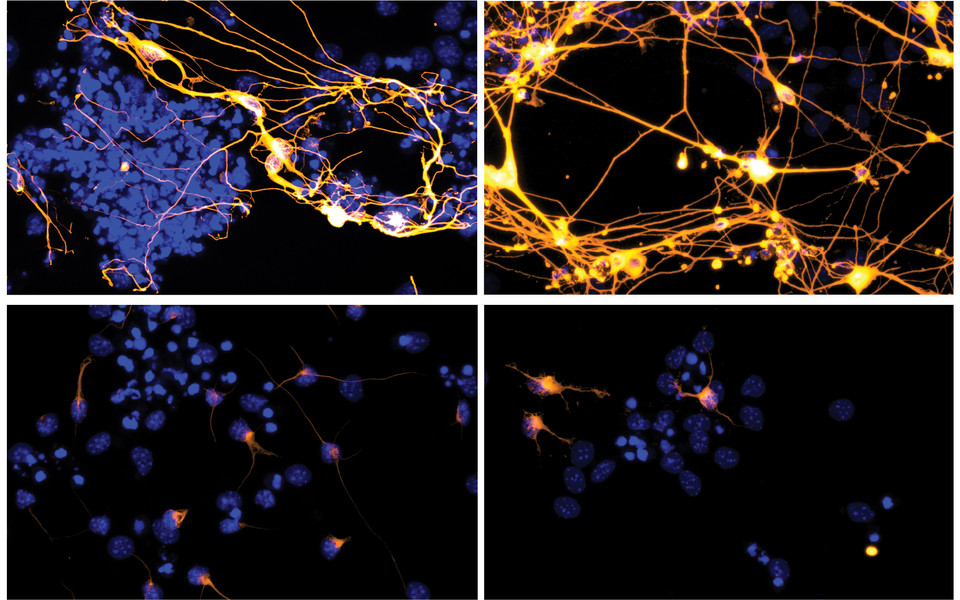 To be able to produce proteins, the building blocks and molecular machines of all living organisms, the genetic information encoded in DNA has to be transcribed into RNA. Eukaryotes have multiple specialized RNA polymerases that fulfill this function. RNA Polymerase II (abbreviated Pol II) is the primary enzyme responsible for the synthesis of messenger RNAs (mRNAs) that are then translated into proteins. Its C-terminal domain (CTD) serves as both a regulator of transcription and as a binding platform for factors that modify the mRNA as it is being synthesized. The CTD undergoes dynamic phosphorylation of multiple motifs during the transcription cycle; these patterns of phosphorylation are known as the ‘CTD code’. The CTD code is read by factors that control transcription and mRNA processing. “We have characterized the SPOC domain of PHF3 as a novel reader of the Pol II CTD code”, explains group leader Dea Slade. “It specifically recognizes serine 2 phosphorylated Pol II, which is a mark of the transcription elongation phase".

To understand the role of PHF3 in transcription, co-first authors Lisa-Marie Appel and Melania Bruno (Slade group) knocked out the PHF3 gene in cells to observe its effect on gene expression. They found that 600 genes are upregulated when PHF3 is missing. “When we clustered these genes into different categories, we noticed something interesting”, says Dea Slade. “There was one category that was most prominent, which is neurogenesis.” Moving into mouse embryonic stem cells, the scientists could show that without PHF3, stem cells cannot differentiate into neurons. “It seems that PHF3 is important for regulating the timely differentiation of neuronal cells by ensuring neuronal genes are not prematurely expressed”, explains Dea Slade. The CTD not only regulates transcription but is also a docking site for RNA processing proteins. Intriguingly, cells lacking PHF3 also exhibited increased mRNA stability. “I find it particularly interesting how two differing regulatory aspects – synthesis and degradation – are coupled in one protein”, comments Dea Slade.

Previous studies have implicated PHF3 in several neuronal disorders. In glioblastoma, an extremely aggressive form of brain cancer, PHF3 levels have been observed to be reduced. Nonsense mutations that lead to truncated PHF3, missing its SPOC domain, have been associated with autism. “There is a whole array of neuronal disorders in which mutations in PHF3 or reduced expression levels have been associated with disease”, says Dea Slade. “We hope that future in vivo studies will help to pinpoint exactly at which stage during neuronal development PHF3 is critical.”