Strength in numbers: how weak enhancers can be powerful gene regulators

How multiple enhancer elements cooperate to drive expression of their target gene is poorly understood. New research from the lab of Christa Bücker shows how a group of enhancers with weak individual activity can work together to induce robust transcription of a gene. The study is published in Molecular Cell. 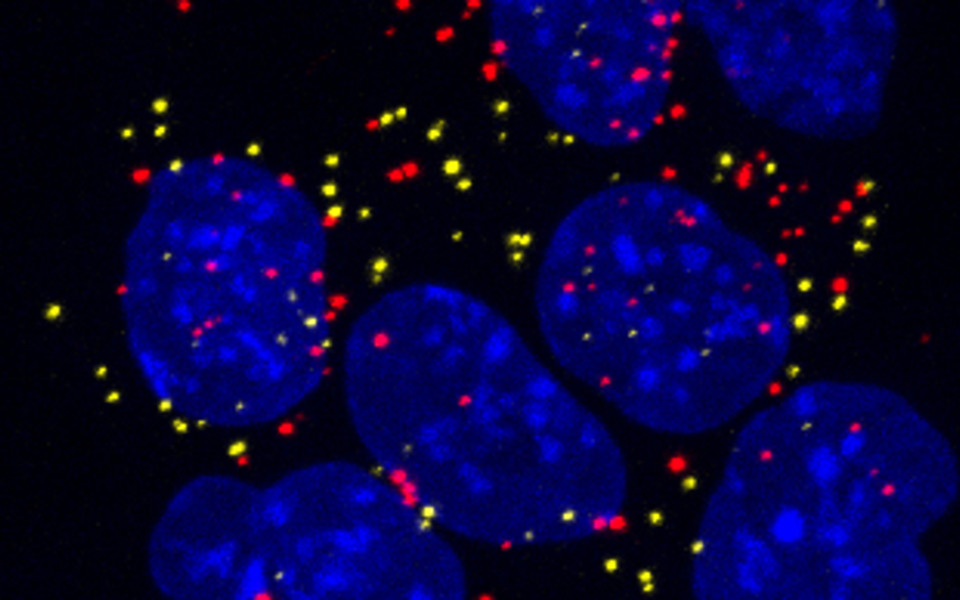 Multicellular organisms are composed of thousands of different cell types, all of which contain the same genetic information. Their differences lie in the differential expression of that genetic information. During human development, the coordinated regulation of gene expression ensures that a fertilized egg undergoes multiple differentiation steps that give rise to all the specialized cells in the human body, like neurons, skin or heart cells. Genes – sequences that code for proteins – make up only 1% of our genome, while 25% of the genome is, in fact, dedicated to regulating those genes. Among them are hundreds of thousands of enhancers, short stretches of DNA that, as their name suggests, enhance transcription of a gene. Enhancers can often be long distances from their target gene, and multiple enhancers can often regulate the transcription of a single gene. How multiple enhancers can synergistically drive gene expression has, however, been a long-standing enigma.

The lab of Christa Bücker and their collaborators from the St. Anna Childrens Cancer Research Institute, the CeMM, and Stanford University have now dissected such an enhancer cluster. During a developmental cell state transition called exit from naïve pluripotency, transcription of the gene Fgf5 is activated by multiple enhancers. The researchers found that some of the individual enhancers are active at specific timepoints. One enhancer that is found closer to the Fgf5 gene amplifies expression at all time points, potentially by enriching the transcriptional machinery at the enhancer locus. “Each enhancer by itself has low intrinsic activity”, explains first author and PhD student Henry Thomas, “but our work shows that a group of weak enhancers can act together to have a strong effect on the target gene locus”. The researchers suggest that this phenomenon might not be limited to one locus, but could be a more widespread way of activating transcription: “Providing a reservoir of RNA polymerase could be one way that weak enhancers could boost the effect of other weak enhancers and we are now trying to dissect this mechanism further” explains group leader Christa Bücker.

Research on these clusters of enhancers, also called “super-enhancers” is controversial. The individual elements have been suggested to work together cooperatively but on the other hand also independently of one another in a simple additive manner. “In my lab we are trying to find out how cells transition from one cell state to another and thereby reorganize their transcriptional landscape”, says Christa Bücker. “On the way, we have discovered an interesting way of how enhancers might synergize with each other to drive transcription”.