The Austrian Academy of Sciences has awarded DOC Fellowships for highly qualified doctoral candidates to students Christina Manakanatas from the lab of Roland Foisner and Laura Santini from Martin Leeb’s group. The fellowship will fund their projects in the fields of stem cell research and the mechanism of the premature ageing disease Hutchinson Gilford Progeria Syndrome (HGPS). 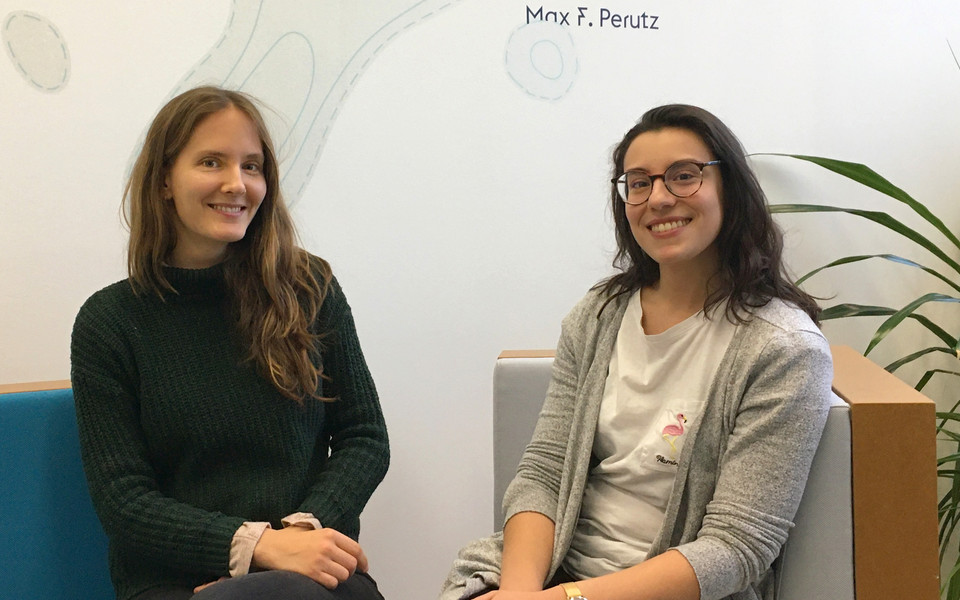 The Foisner lab studies the role of lamins in nuclear organization and human disease. Lamins are proteins forming a scaffold structure at the nuclear envelope and by that determine mechanical properties of the cell nucleus. Mutations in the LMNA gene cause various diseases including the premature ageing disease Hutchinson Gilford Progeria Syndrome (HGPS). Here, a mutation in the gene leads to the formation of a faulty protein termed progerin. Patients with HGPS die at an average age of 14.6 years due to severe cardiovascular diseases including myocardial infarction (heart attack) and progressive atherosclerosis.

Christina Manakanatas will utilize a model organism that expresses progerin only in the cells lining the blood vessels (endothelial cells). With that she hopes to understand how progerin-mediated cell dysfunction contributes to the development of cardiovascular disease in HGPS patients. Christina studied at the University of Thessaly in Greece and moved to Vienna for her Master thesis, which she did in Martin Leeb’s Lab at the Max Perutz Labs. She then joined Roland Foisner’s group in 2017 for her PHD.

What are the central players in stem cell differentiation?

Stem cells are capable to differentiate into other more specialised cells, such as neurons in the brain, cells in the digestive tract or cells in our blood system. As embryonic stem cells they play an important part during development, as adult stem cells they are found in tissue where they help replace lost or damaged cells. Martin Leeb’s lab addresses the molecular features of embryonic stem cell differentiation. The lab has previously performed a genetic screen that uncovered several key players involved in the differentiation process.

Laura Santini joined the Leeb Lab in 2017. Before that she did her Bachelor and Master studies at the Sapienza University of Rome. Her project will focus on how the intracellular signalling pathway Akt/mTOR regulates embryonic stem cell differentiation. “In particular, I would like to address which Akt-dependent signalling cascades are involved in the differentiation process, and identify their main downstream targets”, Laura summarizes her research goal.