From X-ray videos to analysing paintings

Europe’s largest conference on crystallography starts on 18 August in Vienna and offers a varied programme for the general public: Be it for the development of new drugs, research into earthquakes or the analysis of paintings: Crystallography plays an important role in many disciplines, even in those where you might not expect it. The conference with about 1,000 participants aims at presenting the latest developments in this field. It starts on Sunday, 18 August, and is jointly organised by the Technical University of Vienna and the University of Vienna. In addition to the academic programme which features renowned participants, the conference offers a diverse range of events for all those who would like to learn more about crystallography: public lectures, a science slam as well as the presentation of the world’s largest crystal model as part of an exhibition in the Arcaded Courtyard of the University of Vienna. 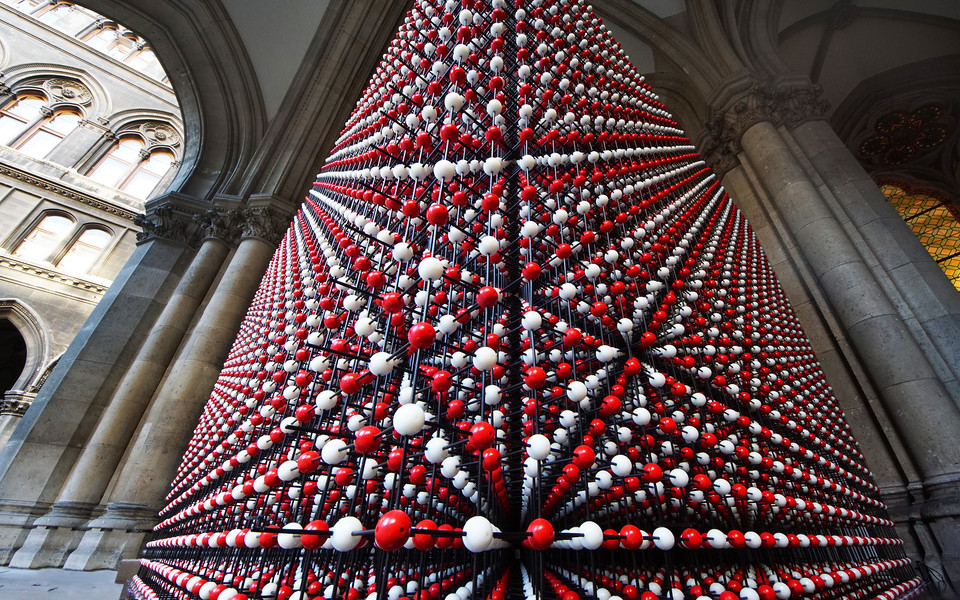 When you hear the term “crystallography”, the first thing that might come to your mind may be the analysis of gemstones, rock crystal and other minerals. “However, almost all solid materials contain ordered crystalline structures,” explains Klaudia Hradil, head of the X-ray laboratory at the Technical University of Vienna. Therefore, crystallographic methods play an important role in many areas, such as chemistry, physics, earth sciences and materials science, molecular and structural biology as well as medicine. From Sunday, 18 August, until Friday, 23 August, the European Crystallographic Meeting "ECM 32” will present the latest developments in the field of crystallography. Klaudia Hradil, Kristina Djinovic-Carugo (Max Perutz Labs, a joint venture of the University of Vienna and the Medical University of Vienna) and Ronald Miletich (University of Vienna) are responsible for the organisation of this conference.

X-ray videos
Among others, the conference presents the latest detector technologies in the area of time-resolved X-ray crystallography: “In the past, we could only take individual X-ray images. Now, new technologies allow us to make X-ray videos,” says Ronald Miletich from the Department of Mineralogy and Crystallography at the University of Vienna. “This is, for example, highly relevant for detecting molecular movements in biochemistry, or for answering the question of how minerals are altered during an earthquake.” The method of electron diffraction is being widely discussed as well: “Using an electron beam, we can gather information about the regularity of atomic structures,” Klaudia Hradil from the Technical University of Vienna explains. Previous problems caused by multiple scattering have already been solved.

These methods are also crucial in other areas, such as biochemistry, molecular biology and drug development. Here, they are used to investigate the arrangement of atoms and their alterations: “In order to understand how biological macromolecules work, it is essential to investigate their structures at atomic level using structural biology approaches, where X-ray diffraction is the major method, with electron microscopy being a rising star. Furthermore, whether a drug works or not, depends on its atomic structure and how it binds to the macromolecule,” says Kristina Djinovic-Carugo, the head of the Department of Structural and Computational Biology at the Max Perutz Labs of the University of Vienna. The conference offers a varied programme, including 48 micro-symposia, 16 keynote lectures and two plenary lectures. In addition, 18 satellite events, including workshops, small conventions, lectures and networking events will take place at the Technical University of Vienna the week prior to the conference.

The ECM 32 conference also invites the interested public to delve into the area of crystallography: Two public lectures with free admission take place on Tuesday, 20 August 2019, at the Audimax of the University of Vienna. The science slam presents research results in a pointed and entertaining way. It takes place at the University of Vienna’s Audimax and is open to the public as well. Furthermore, the world’s largest crystal model will be presented in an exhibition in the Arcaded Courtyard of the University of Vienna: The model is three metres high and consists of 38,880 balls and more than ten kilometres of connecting rods.