Group leader Joao Matos, who was recently recruited to the Perutz, has been awarded a prestigious ERC Consolidator Grant. The funding, a total of 2 million over 5 years, will help Joao and his team’s efforts to decipher the molecular controls that ensure a balanced exchange of genetic material during meiosis. 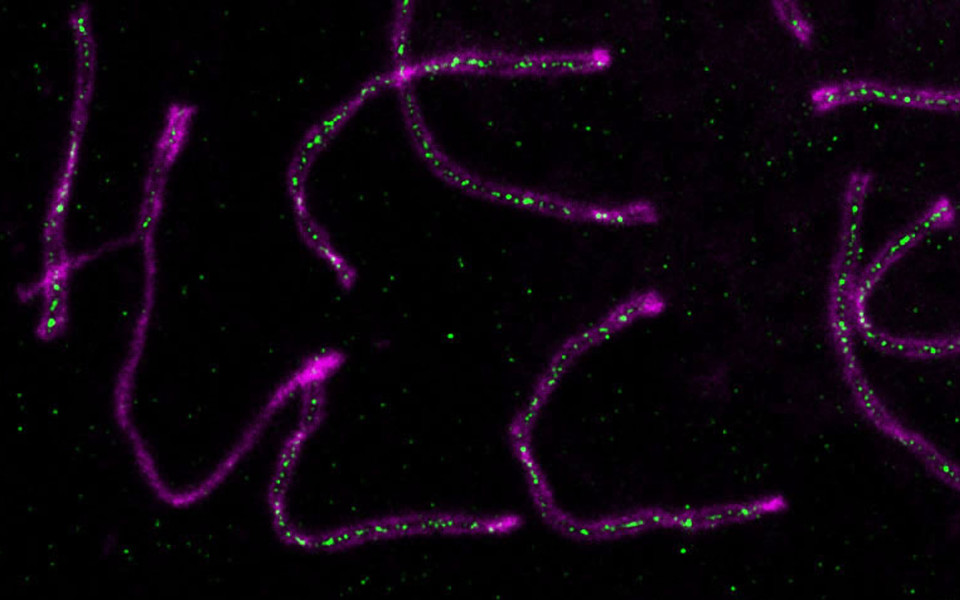 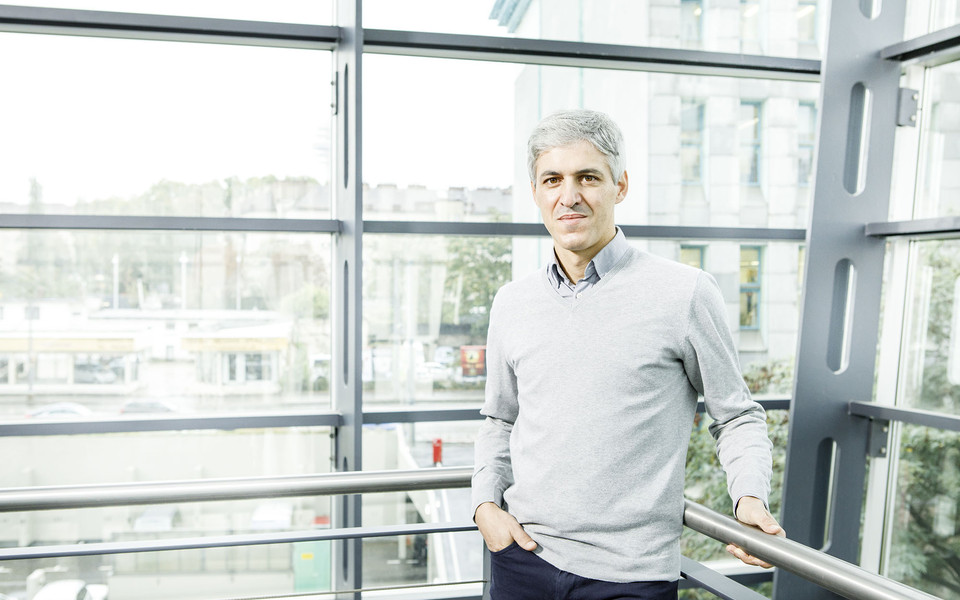 Every person inherits traits from each of their parents, giving them a unique genetic makeup. These traits are encoded in a diploid or paired set of 46 chromosomes, 23 from the mother and 23 from the father. Whilst we acquire these attributes from our parents, we still look different to our (non-twin) siblings. This remarkable diversity is ensured by the exchange of genes on maternal and paternal chromosomes during meiosis. Meiotic cell division is found in all sexually reproducing organisms and gives rise to maternal and paternal germ cells, called the egg and sperm. Each human germ cell is haploid - it contains a unique set of 23 chromosomes, a mixture of the parental genes that we can pass on to our offspring. When the egg and sperm fuse during sexual reproduction, they create a new, unique diploid genome.

During meiosis, maternal and paternal chromosomes exchange genes in a process called crossing-over. Separation of the 46 chromosomes into two sets of 23 then creates the germ cells. The crossover events that mediate gene exchange are not random, but evenly spread along chromosomes. The mechanisms that control these events are poorly understood. If cells cannot space crossovers properly, it can lead to gametes with more or less than two copies of certain chromosomes. Such errors in chromosome copy number, called aneuploidy, is often lethal but can also give rise to severe developmental disorders.

“In my project I will tackle the fundamental question of how cells accomplish crossover patterning and explore meiotic recombination with unprecedented resolution”, explains Joao Matos.To achieve this, the researchers will employ two approaches. First, they will develop novel methods to map Holliday junctions across the genome. These structures are a key intermediate step in the exchange of genetic material. Using the mapping data they generate, they will then employ electron cryotomography to visualize these intermediates in the cell. “By understanding how cells implement genetic exchange through crossing-over we will shed light on the molecular basis of heredity: the passing of traits from parents to their offspring”, Joao says.

Joao Matos was born and raised in Portugal. He moved to Germany in 2003, to start his PhD work with Wolfgang Zachariae (MPI-CBG). In 2009, he moved to England, to carry out postdoctoral work with Stephen West (London Research Institute). In 2014, Joao was appointed Assistant Professor at the ETH, Switzerland. He joined the Max Perutz Labs and the University of Vienna in 2020, as Professor of Cell and Developmental Biology.