MFPL group Leader Martin Leeb has been awarded a standalone grant by the FWF for his new project “Regulation of ES cell differentiation by NMD”. The grant will help the Leeb group’s effort to advance the understanding of the molecular underpinnings of early embryonic cell fate decisions via a process called differentiation. 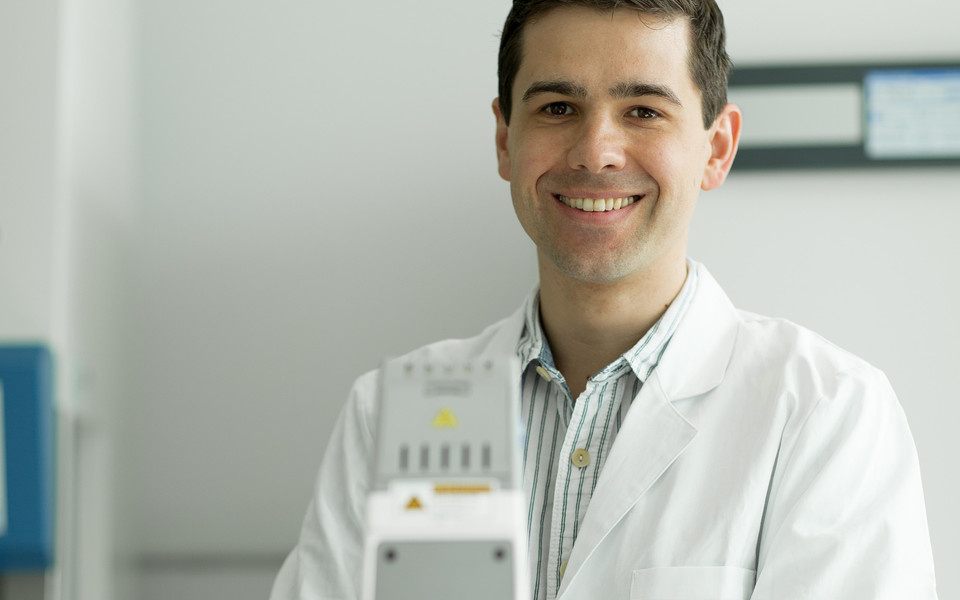 During gene expression, a large family of RNA called Messenger RNA (mRNA) conveys genetic information from the DNA to another part of the cell, the ribosome. There the mRNA triggers a biochemical process called translation that eventually synthesizes proteins. These mRNAs also contain so called stop codons that signal termination of translation. Through gene mutation these stop codons are sometimes premature or erroneous, which can cause the translation of abnormal proteins. NMD maintains cellular homeostasis by eliminating mRNAs that contain premature termination codons.

Apart from this function, NMD could also play a bigger role in differentiation, which the Leeb group aims to understand: “We have identified the nonsense mediated mRNA decay pathway to be an essential component to achieve a fine-tuned response to differentiation cues. In this project, we aim to delineate the exact mode of action by which this NMD – usually considered a housekeeping mechanism – can be coopted by the differentiation machinery to regulate differentiation”, Martin Leeb concludes.