Bacteria are masters of survival that manage to thrive under often hostile environments. One trick to their survival is their safeguarding envelope. Gram-negative bacteria are protected by a three-layer cell envelope composed of a cell wall sandwiched between two membranes. This structure protects the bacteria from harmful compounds including many antibiotics, which cannot cross this barrier. Boris Görke’s lab has now found out that in Escherichia coli an RNA binding protein senses and regulates synthesis of an important precursor of the bacterial cell envelope. 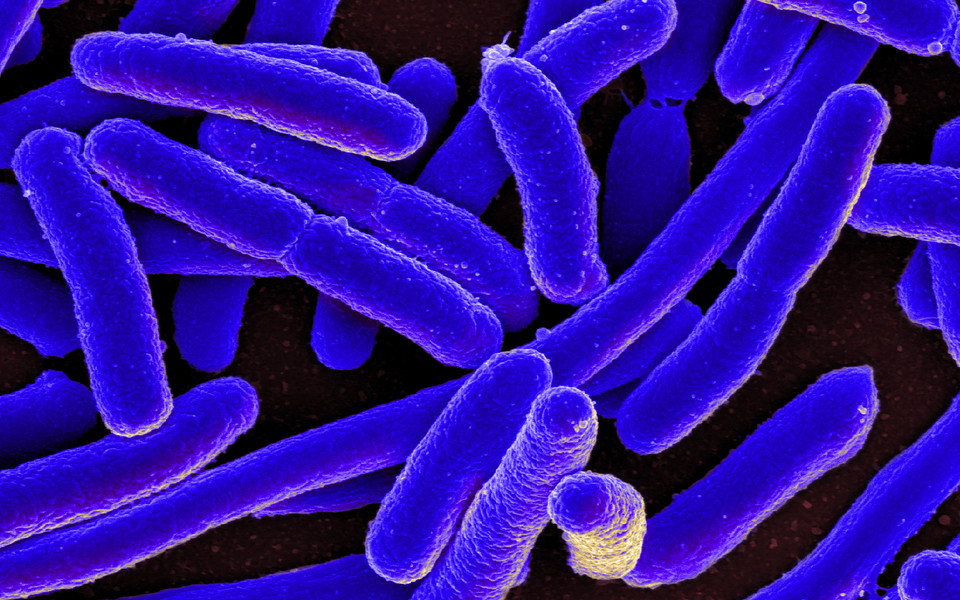 A key metabolite of the cell envelope is glucosamine-6-phosphate (GlcN6P), which is the source of all amino sugar containing components of the envelope. Bacteria are able to synthesize GlcN6P with the help of an enzyme called glmS. To ensure envelope stability, cells must somehow measure the available GlcN6P and adjust the rate of glmS expression accordingly. The Görke group previously showed that glmS expression is stimulated by the small RNA GlmZ. When GlcN6P is abundant, GlmZ is bound by the RNA-binding protein RapZ and targeted to decay. This ensures that the metabolite is not overproduced. When levels of GlcN6P are low, another sRNA (GlmY) accumulates through a so far unknown mechanism and sequesters RapZ by binding. Consequently, GlmZ is not degraded and GlcN6P can replenish.

In their current publication in EMBO J., the Görke group has identified this mechanism and show that RapZ works like a bacterial GlcN6P sensor. Not only does it block the production of GlcN6P when it is abundant, it also downregulates its own activity when levels are low. They have identified a circuit where the RNA binding protein interacts with a kinase to up-regulate its decoy GlmY. As a result, RapZ is bound by GlmY and cannot interfere with the cell’s ability to synthesize GlcN6P. Bound RapZ is also not able to interact with the kinase, which means that only as much GlmY is produced as necessary.

Taken together, this work reveals the first bacterial sRNA-binding protein whose activity is directly controlled by a metabolite. These findings might also open up perspectives for the expanding universe of eukaryotic RNA binding proteins, for which it is largely unclear how they are themselves regulated, whether they communicate with transcription factors and how they are in general embedded in the cellular signaling network. At the same time, these interactions are key to understand how bacteria control essential cellular functions, like cell envelope homeostasis, and by that their survival and resilience. Unravelling these processes is therefore crucial to find targets exploitable for antimicrobial chemotherapy.