Congratulations to group leader Kristin Tessmar-Raible who has received the oldest and highest award of the Austrian Academy of Sciences, the Ignaz Lieben Prize. The prize recognizes Kristin’s work in the field of molecular chronobiology. 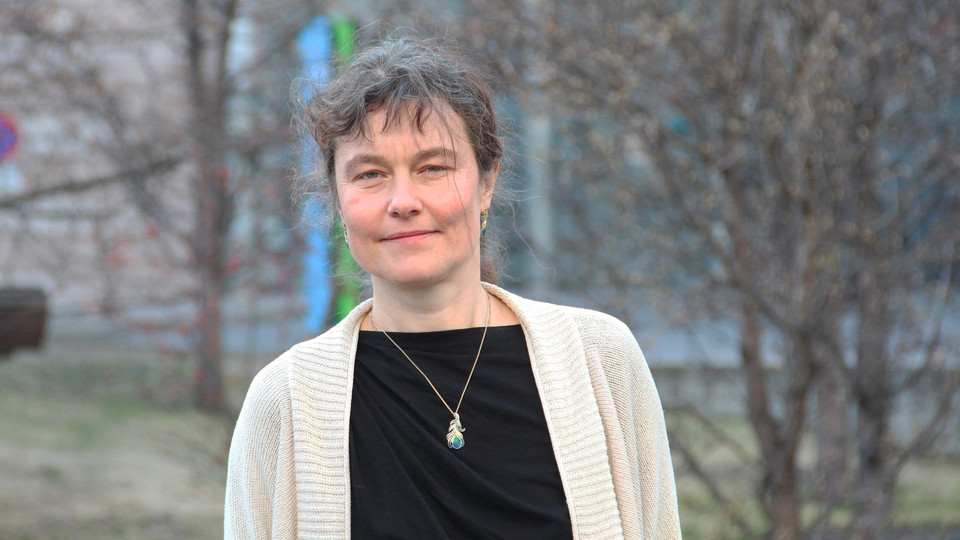 Kristin’s work centers around the rhythms of life: her group studies the mechanisms of how sun and moonlight control the behavior and physiology of animals. Awareness of these ‘biological clocks’ dates back to early antiquity, but it was experiments in the 18th century by the Frenchman Jean-Jacques d'Ortous de Mairan that laid the foundations of modern-day chronobiology. However, while elucidation of the genetic basis of the circadian clock in the fruit fly Drosophila began in the 1970s, the mechanisms of non-24 h biological rhythms remain poorly characterized. Kristin’s lab works predominantly with the marine bristle worm Platynereis dumerilii, an organism whose reproductive cycle is controlled by moonlight and that is well suited to study circalunar and other biological timers.

Using this unconventional model organism, Kristin’s lab discovered a light receptor that helps the bristle worms sense seasonal variations in UV light to adjust the worms’ behaviour. Studies on the way identify a light receptor that discriminates between lunar and solar light. “In the future we will put much effort in disentangling the monthly oscillator itself”, says Kristin Tessmar-Raible. “It will also be crucial to better understand the interplay of lunar oscillators with other timing systems, as this is what really determines an organism’s time in nature”. The lab is currently working on a real-time readout of monthly oscillations in bristle worms. “I am very excited about this project because it would enable us to see, on a molecular level, at which phase in the cycle the oscillator is at any given time”, Kristin explains.

Born in East Germany, Kristin Tessmar Raible studied in Heidelberg, Boston, Cambridge, and Marburg and later returned to Heidelberg as a Postdoc at the European Molecular Biology Laboratory (EMBL). In 2008 she became a group leader at the Max Perutz Labs and, since 2017, is Professor of Chronobiology at the University of Vienna. Kristin was a member of the Young Academy of the Austrian Academy of Sciences from 2012 to 2020 and was elected as an EMBO member in 2021. She was awarded several prizes, including a FWF START Award in 2009, the ANA Otto Loewi Award in 2013, an ERC Starting Grant in 2013, and an ERC Consolidator Grant in 2020.

About the Ignaz Lieben Prize

The Ignaz L. Lieben Prize is given to scientists for outstanding achievements in the fields of molecular biology, chemistry or physics. It was established in 1863 by Austrian banker Ignaz Lieben. Among previous awardees were Austrian physicists Marietta Blau and Lise Meitner and Nobel Prize winners Viktor Hess and Otto Loewi. After the Lieben family fled Austria from Nazi prosecution in 1938, the prize was suspended. With the help of Isabel and Alfred Bader, the prize was restarted in 2004.