The Aligning Science Across Parkinson’s Initiative (ASAP) has awarded a grant to Sascha Martens’ group and scientists from the University of Pennsylvania, Monash University and MPI for Biophysics in Frankfurt. The project is coordinated by James Hurley from the University of California Berkeley. The project is endowed with USD 7.000.000 and will reveal the mechanisms of mitophagy and its involvement in Parkinson’s Disease. 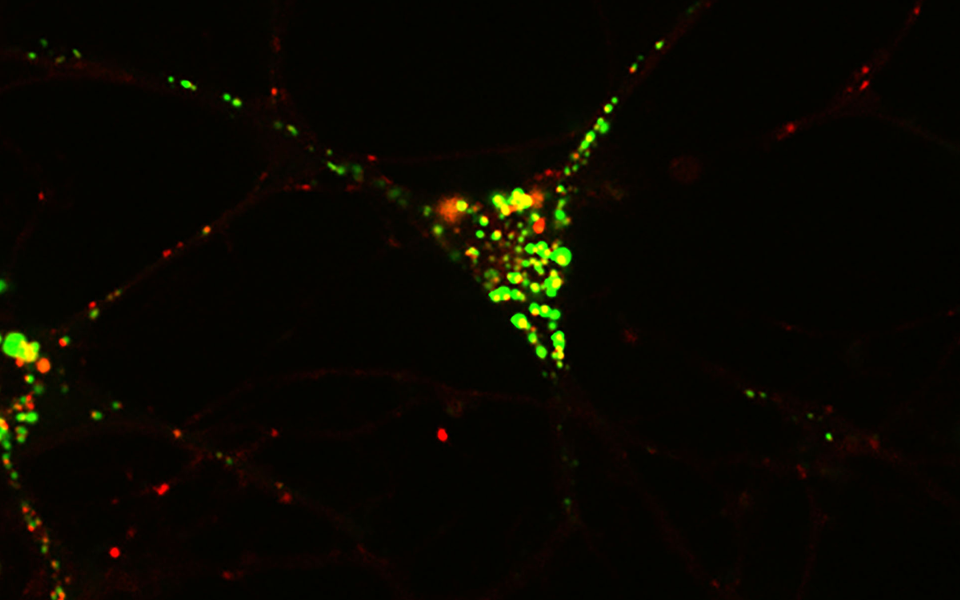 Parkinson’s Disease is a neurodegenerative disease that leads to the loss of dopamine- producing neurons in the brain. The causes are unknown, but a number of candidate proteins and cellular mechanisms have been linked to Parkinson’s, among which is the selective autophagy of mitochondria (mitophagy).

The integrity of mitochondria is central to the health of neurons. Removal of damaged organelles is initiated by the protein kinase PINK1 and the E3 ubiquitin ligase Parkin. “In our project we will uncover the mechanisms by which PINK1 and Parkin, which are frequently mutated in Parkinson’s, control the removal of damaged mitochondria by mitophagy”, explains group leader Sascha Martens. “My lab will focus on the in vitro reconstitution of mitophagy”, he adds. The project will reveal a comprehensive, mechanistic picture of how mitophagy is executed and how deficiencies in this process could underlie neuronal degeneration in Parkinson’s.

The Aligning Science Across Parkinson’s (ASAP) Initiative is a coordinated research project to advance targeted basic research for Parkinson’s disease. ASAP was created in 2019 by the Center for Strategic Philanthropy of the Milken Institute with support from the Sergey Brin Family Foundation. It works in close partnership with The Michael J. Fox Foundation. The scientific director of the ASAP is Nobel Laureate Dr. Randy Schekman.