Living in a gated community – how stem cells preserve their identity

Pluripotent stem cells can give rise to all the different types of specialized cells in the adult organism. Scientists led by Martin Leeb have identified hundreds of genes involved in the exit from naïve pluripotency and show that their activity is largely confined to five key signaling pathways. Their study, published in the EMBO Journal, provides a comprehensive map of the genetic circuits that gate this fundamental cell state transition. 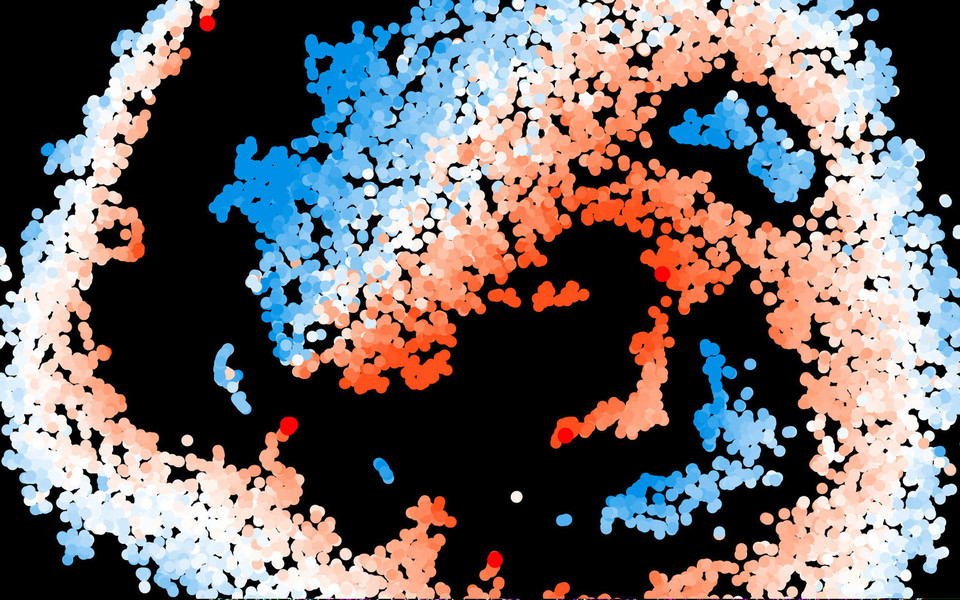 Regulating stem cell differentiation is not only important during development. Adult stem cells are found in many tissues and help maintain healthy populations of blood, skin and many other cells in the body. The differentiation of stem cells to generate these specialized cells must, therefore, be tightly controlled. “The naïve pluripotent cell state collapses very quickly during differentiation”, explains group leader Martin Leeb. “There have to be mechanisms that switch off the stabilizing gene regulatory networks to drive the transition to the next cell-state”.

The understanding of the genetic networks involved in the exit of naïve pluripotency is fragmentary and only a handful of factors have been identified and studied. Using a combination of haploid stem cell based genetic screens and CRISPR/Cas9 gene knockouts the scientists have now identified a list of 496 genes that regulate differentiation during the exit from naïve pluripotency. Using systems biology approaches in a collaborative effort with the Beyer group at the University of Cologne, they could then delineate basic regulatory principles. “There might be hundreds of genes, but there are not hundreds of mechanisms that regulate differentiation”, says Martin Leeb. “Our analysis shows that the differentiation signals are largely routed through five signaling pathways”. The scientists could also show that these genetic circuits work in a partially redundant manner. Knocking out one circuit slows differentiation, but does not block it.

The work provides more detailed insights into the setup of the naïve gene regulatory network. The scientists have identified a set of genes that are tightly associated with the naïve ES cell state in all knockout cell lines. To facilitate future research endeavors in the field, the team has made their data available in a web-application that allows users to visualize the behavior of gene expression profiles upon depletion of differentiation regulator genes. Taken together, their findings show that transcription factors are not at the top of the hierarchy of cell fate decisions. “Transcription factors are important players in regulating the state of a cell, but the decision is made elsewhere”, says Martin Leeb. “We can now see that while cell fate decisions are executed by transcription factors, they are in fact decided by multiple parallel, coordinated inputs.”