Mechanism of inactivation of the tumor suppressor PP2A: an illusion shattered by reality

Protein Phosphatase 2 (PP2A) is an enzyme that plays important roles in regulating cell proliferation and by that has been shown to be a tumor suppressor. Inactivation of PP2A has been observed in many diseases including cancer. Egon Ogris and his team have now found out that the prevailing model of PP2A inactivation by phosphorylation needs to be revised. Notably, decades of research on the tumor suppressive function of PP2A were based on antibodies that - as it turns out now - do not recognize phosphorylation but are rather blocked by a completely different post-translational modification. 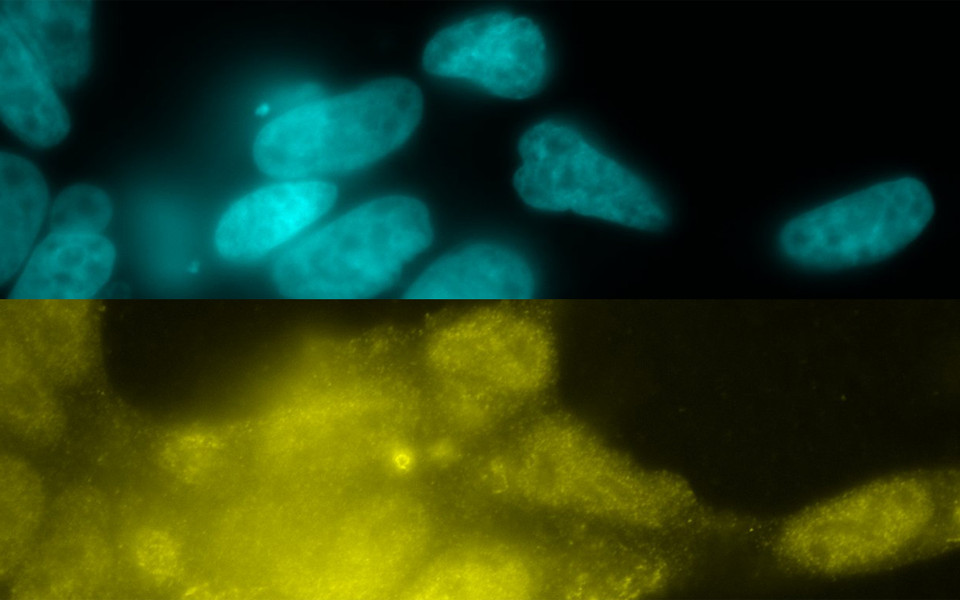 Phosphorylation is a key chemical modification that regulates the function of proteins. By removing a phosphate group from other proteins, phosphatases like PP2A counteract phosphorylation and play a crucial role in balancing cellular homeostasis. They themselves are substrates of phosphorylation events that change and regulate their activity.

In 1992, a team of scientists postulated that phosphorylation of a certain amino acid, tyrosine 307 (Tyr307), in the catalytic subunit of PP2A inactivates its enzyme activity. Based on this model, researchers had high hopes that inactivation could be reversed, notably in cancer cells. “The model was tempting”, group leader Egon Ogris says, “if scientists could find a way to stop the inactivation of PP2A by tyrosine kinases, they could potentially upregulate PP2A in tumor cells, and by that have a possible new tool against cancer in their hands.” Since 1992 more than 180 papers have examined the levels of Tyr307 phosphorylation (pTyr307) in cancer cells, as well as healthy cells. Almost all of these papers relied exclusively on allegedly specific antibodies to prove the presence of this modification.

Because pTyr307 had never been detected by other methods, e.g. mass spectrometry, the Ogris group validated the most used antibodies against pTyr307. In their current paper in “Cell Reports”, they now show that none of the tested antibodies was specific for Tyr307 phosphorylation. But what had researchers then observed using these antibodies? “It was like an optical illusion. For years researchers thought that they were seeing phosphorylation of Tyr307, when in reality these antibodies showed the absence of  a completely different post-translational modification, namely methylation of leucine 309 in the catalytic subunit  of PP2A, ”, explains Ingrid Frohner, first author of the study.

The implications of the results are far reaching. Two decades of PP2A research, in particular on its role as a tumor suppressor, followed a model, which in the light of the new data by the Ogris group has to be revisited. While the authors were able for the first time to detect pTyr307 by mass spectrometry, this was only possible under non-physiological conditions, questioning the importance of this modification. “Consequently, it will be important to unravel the true mechanisms behind PP2A inactivation with the help of all available tools, in particular properly validated and specific antibodies. Thus, researchers need to go back and address whether demethylation of the catalytic subunit is the cause for PP2A inactivation in cancer”, the authors of the study agree.