Changes in daylength are a well-established annual timing cue for animal behavior and physiology. An international collaboration of scientists led by Kristin Tessmar-Raible at the Max Perutz Labs now shows that, in addition to daylength, marine bristle worms sense seasonal intensity changes of UVA/deep violet light to adjust the levels of important neurohormones and their behavior. The study is published in Nature Ecology and Evolution. 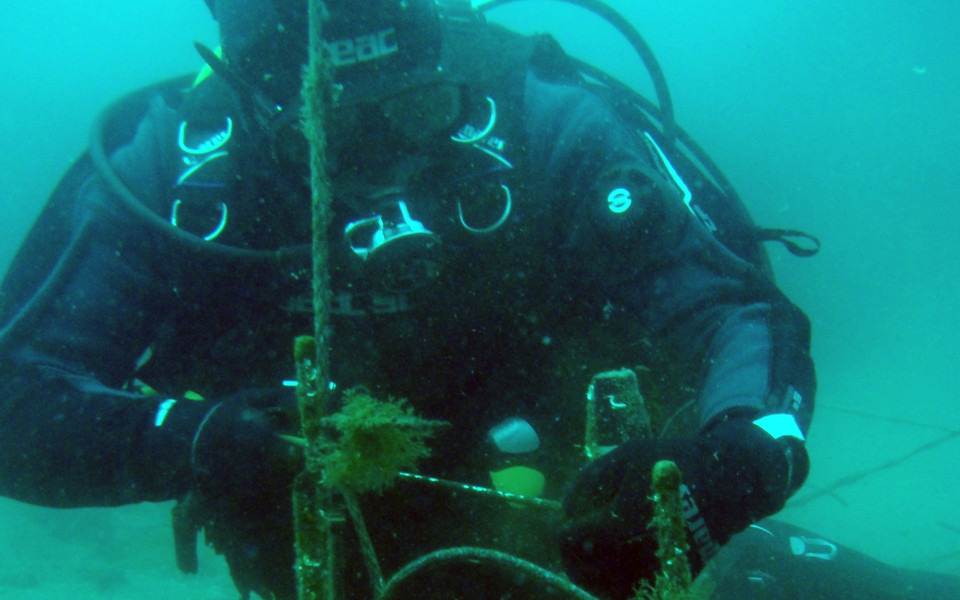 Part of the natural light from the sun we are exposed to consists of ultraviolet (UVA and UVB) light, a short-wavelength part of the spectrum that is largely missing in artificial lighting. So far, most research on seasonal cycles has focused on daylength. “In contrast to previous assumptions, we discovered that, in addition to daylength, the intensity of UVA light influences the seasonal responses of the bristle worm Platynereis dumerilii”, explains first author Vinoth Babu Veedin Rajan, who carried out the work during his PhD in the Tessmar-Raible lab.

Initially, the researchers set out to measure the light conditions the worms are exposed to in the Bay of Naples (Italy), one of their natural habitats. Upon inspection of the data the scientists noticed that the light intensities of UV wavelengths exhibit annual changes distinct from the variation in daylength. They wondered if these variations in light intensity could be used by the worms to tell the time of the year. In cooperation with an electrical engineer, the team built lamps that closely resemble the natural light environment, including UVA. The intensity of UVA light altered worm behavior. The scientists then identified a key light receptor (c-opsin 1) involved in the response. Worms lacking the receptors showed altered levels of enzymes that produce important neurohormones such as dopamine and serotonin.

UVA-sensitive opsins with similar properties are also found in other organisms, ranging from fish to humans. “We like to think of UVA light as something that we should be protected from, but in these marine worms it clearly has a biological function. It will be interesting to find out what impact UVA levels have on other animals, and even ourselves.” says Tessmar-Raible. As part of a complex environment, the correct timing of the behavior of marine life also has an impact on populations and the ecosystem of the ocean. How UVA light exactly influences this delicate balance is still unclear. “Understanding more about the relevance of UVA light for marine animal physiology and behavior will therefore also be of ecological importance”, the researchers suggest. This latter aspect has already prompted interest from other marine chrono-ecologists, which may pave the way for future collaborations to bridge molecular genetics to ecology.