The Austrian Science Fund (FWF) has awarded a special research programme (SFB) grant to six research groups from the Max Perutz Labs and scientists from the Institute of Molecular Biotechnology (IMBA), the Institute for Science and Technology Austria (IST), and the Johannes Kepler University Linz, Austria (JKU). The program is coordinated by Verena Jantsch and aims to gain novel mechanistic insights into the fundamental biological process of meiosis. 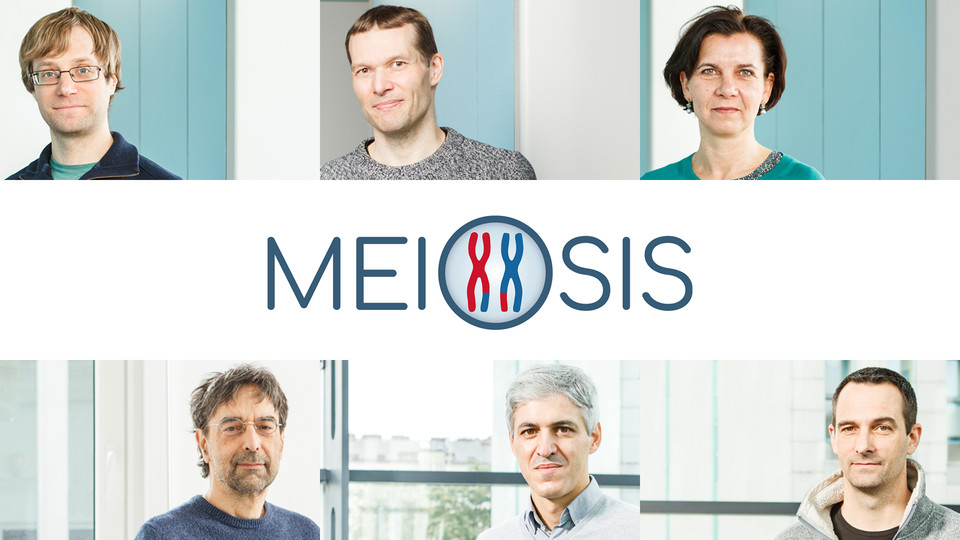 Our cells carry two copies of each chromosome, one inherited from each parent. Meiosis is a key biological process that reduces the number of the chromosomes to compensate for a doubling that occurs during fertilization, when the paternal (sperm) and maternal (egg) germ cells fuse. During meiosis, genetic information gets newly assorted and exchanged between paternal and maternal chromosomes, which is an important driver of genetic diversity. Meiosis is a key developmental program found in humans, plants, and animals alike. Errors in meiosis are linked to genetic disorders and infertility. “We still lack a comprehensive understanding of the mechanistic details of the many steps taking place during meiosis”, explains Verena Jantsch. “In our new special research programme, we will address basic mechanisms that support meiosis in numerous model organisms and humans, as well as investigate how parthenogenetic organisms, which reproduce asexually, repurpose meiosis”.

The programme includes the groups of Christopher Campbell, Verena Jantsch, Franz Klein, Joao Matos, Peter Schlögelhofer and Alexander Dammermann from the Max Perutz Labs, Anton Goloborodko (IMBA), Irene Tiemann-Boege (JKU), and Beatriz Vicoso (IST). The project leaders bring complementary expertise in cell biology, genetics, biochemistry, structural and computational biology and mathematical modelling to address fundamental questions in meiosis. “None of the projects could be done alone, requiring expertise that goes beyond what is covered by each group. By combining our different approaches, we will create a truly multidisciplinary programme to study this fascinating fundamental process, which is at the heart of genetics”, concludes Verena Jantsch.

About the special research programme by the Austrian Science Fund: