Animals possess circadian clocks, or 24 h oscillators, to regulate daily behavior. These typically take their cues from the periodic change of sunlight and darkness. However, many animals are also exposed to moonlight, which re-occurs with ~25h periodicity The labs of Florian Raible at the Max Perutz Labs, a joint venture of the University of Vienna and the Medical University of Vienna, and Kristin Tessmar-Raible (Max Perutz Labs, Alfred Wegener Institute, University of Oldenburg) have now discovered that moonlight adjusts the daily clock of marine bristle worms, which helps them to fine-tune their reproductive cycle to certain hours during the night. The study, published in the Proceedings of the National Academy of Sciences, provides an explanation for the phenomenon that daily clocks from flies to humans can exhibit plastic run-times. 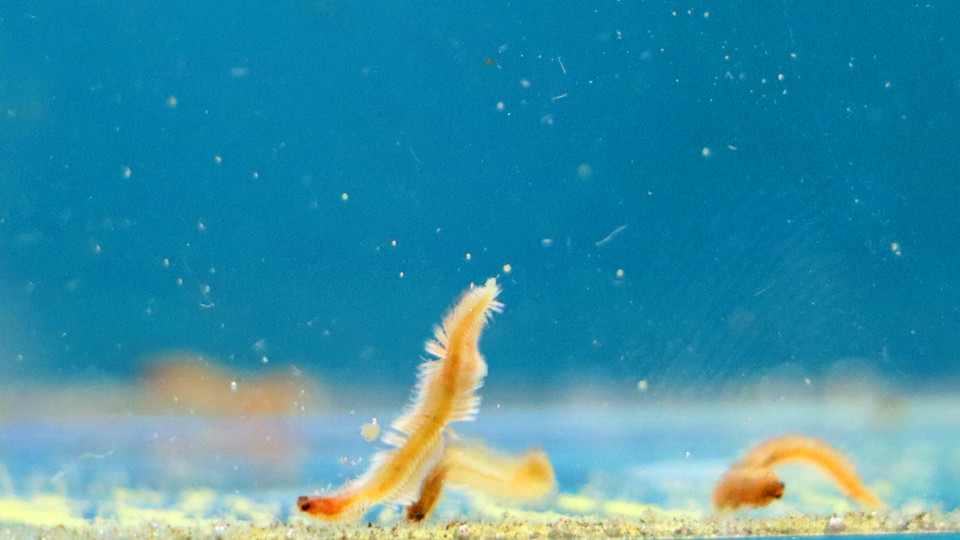 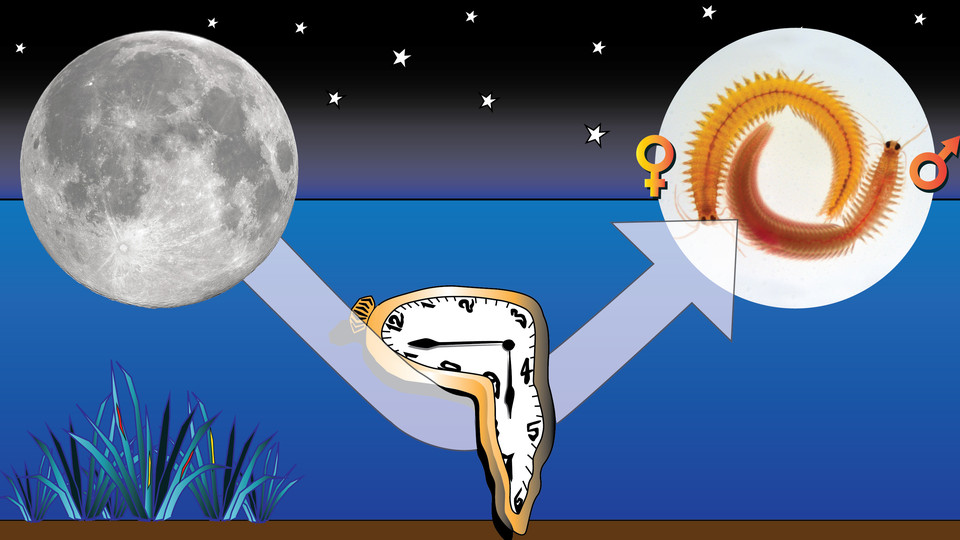 The light of the moon (left) fine-tunes the plastic daily clock of the marine bristleworms (middle) to schedule their nuptial dance (right) precisely to the dark time of the night.
(c) Florian Raible, Universität Wien 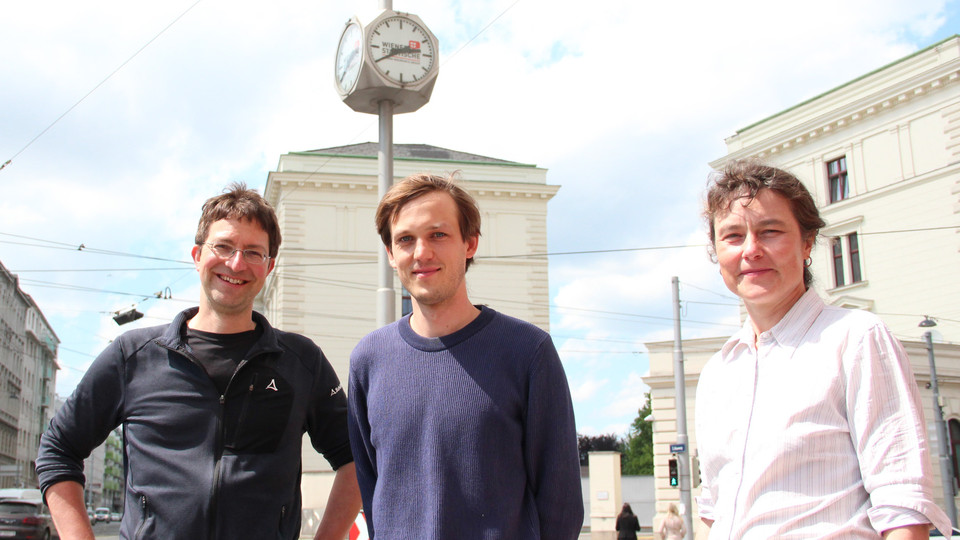 In order to produce the next generation, the marine bristle worm Platynereis dumerilii releases its eggs and sperm freely into the open seawater. The correct timing of their reproductive cycles is therefore essential for the survival of the species. It was already known that bristle worms schedule their reproduction to few days of the month. Now, the researchers uncovered that they also synchronize to very specific hours during each night. “We show that moonlight determines when, precisely, during the night the worms start their reproductive behavior, which is always during the darkest portion of the night” explains first author Martin Zurl. Rather than acting as the direct stimulus for swarming, moonlight changes the circadian clock period length. In nature, the time of moonlight changes every day by about 50 minutes. The plasticity of the clock allows the worms to factor in these changes.

The scientists collaborated with the labs of Robert Lucas at the University of Manchester (UK) and Eva Wolf at the Institute of Molecular Biology Mainz and University of Mainz (Germany) to characterize the light receptors involved in this process. They identified that the combinatorial functions of an opsin – closely related to the mammalian circadian photoreceptor melanopsin – and a cryptochrome differentially decode sun- and moonlight to adjust the plastic daily clock. In a collaboration with the lab of Charlotte Helfrich-Förster at the University of Würzburg (Germany) the researchers showed that the specific decoding of moonlight is also relevant for the daily clocks of other species.

The impact of light intensity on the period length of circadian clock has been documented for various organisms under artificial lab conditions for decades. However, the physiological relevance of these observations has been unclear. “Our work reveals that there is an ecological meaning behind the observation that the circadian clock of an individual can run with different speeds”, explains Kristin Tessmar-Raible. Of note, humans show such circadian plasticity, too. For instance, patients with bipolar disorder exhibit enigmatic circalunidian (i.e.24.8h) periods correlated with their mood switches. The scientists hope that their work will help to understand the origin and consequences of biological timer plasticity, as well as its interplay with natural timing cues.