The Vienna RNA Meeting 2018 took place 17-19 October at the Vienna Biocenter and was a big success - both in terms of the outstanding line-up of internationally renowned RNA expert as speakers, as well as the international echo of the meeting. 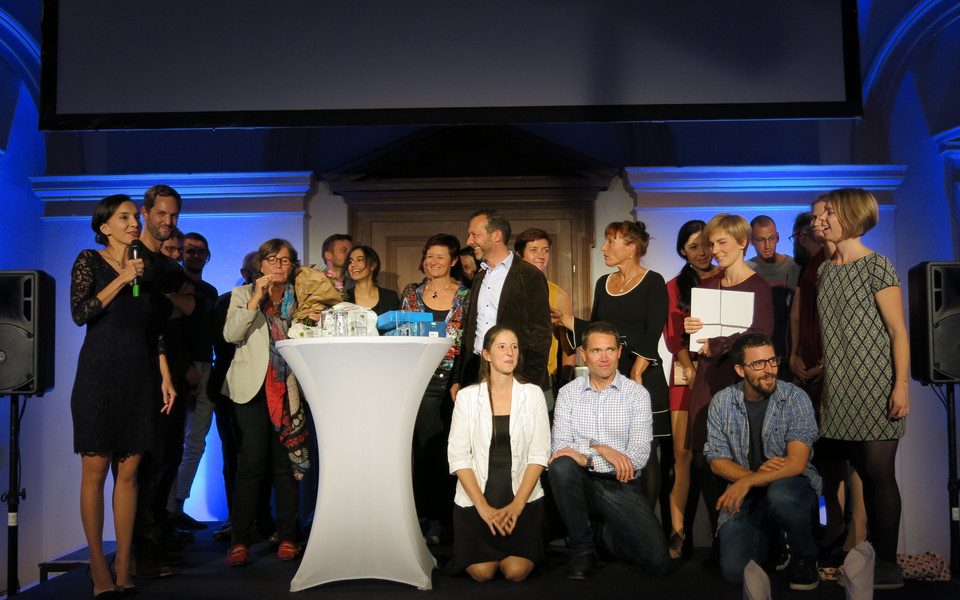 This time the Vienna RNA Meeting marked also the concluding conference of the SFB RNA Regulation of the Transcriptome(SFB RNA REG) after eight successful years, and was organized together with the Doctoral Program in RNA Biology (DK RNA Biology).

After two and half days of excellent lectures and lively science discussions, the meeting ended with a very special conference dinner: It was transformed into a surprise retirement party to celebrate Renée Schroeder and her achievements.

Renée Schroeder, now retiring as Professor of RNA Biochemistry at the University of Vienna, has been a prominent figure at the MFPL and the Vienna BioCenter. She played an essential part in fostering the Viennese RNA community not only by leading the SFB RNA REG during its first period but also by serving as vice-head of the Doctoral Program in RNA Biology for nine years.