Touched by an ANGEL

RNA molecules are frequently modified with a terminal 2’,3’-cyclic phosphate group when processed in the cell. This modification influences the stability of RNA molecules and is important for pre-tRNA splicing, the unfolded protein response and the ribosome quality control (RQC) pathway. During investigations into how this modification is carried out in the cell, Javier Martinez’ group discovered a reaction that removes RNA cyclic phosphate groups in human cells. This activity was previously known only in bacteria and viruses. The enzyme catalyzing this reaction in human cells has, until now, remained enigmatic. Reporting in Science, the researchers identified an enzyme predicted to have deadenylase activity, ANGEL2, as a 2’,3’ cyclic phosphatase. The role of ANGEL2 in pre-tRNA processing and mRNA splicing during the unfolded protein response has exciting implications for the pathology of neurodegenerative diseases. 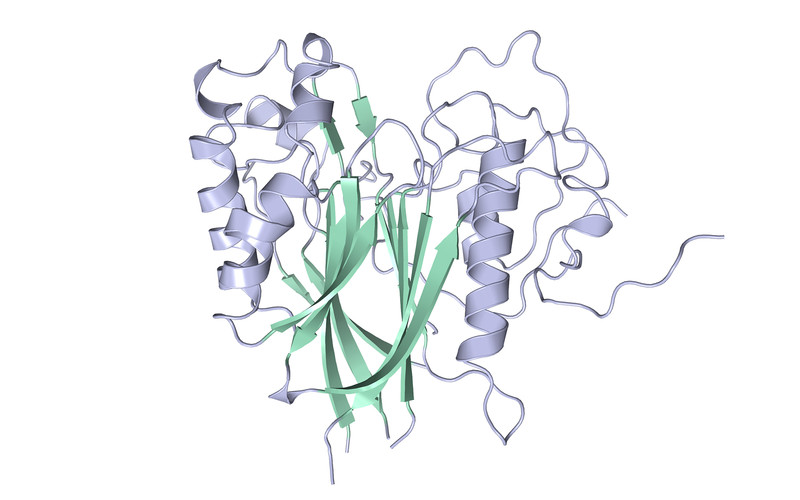 Scientists led by Javier Martinez from the Max Perutz Labs, a joint venture of the Medical University of Vienna and the University of Vienna, have identified a unique chemical reaction at the end of RNA molecules for the first time in human cells. This reaction was previously only observed in bacteria and viruses. Tracing its source among thousands of proteins, they discovered that an unexpected culprit, an enzyme called ANGEL2, executes this reaction. ANGEL2 may play a key role in regulating the response to cellular stress, and possibly in the pathogenesis of neurodegenerative and metabolic diseases. The study is published in “Science”.

Ribonucleic acid (RNA) is a biomolecule with numerous functions. Among them, RNA can transmit the genetic information contained in deoxyribonucleic acid (DNA), for conversion into proteins, the workhorses of the cell. RNA is composed of a chain of building blocks called nucleotides. Nucleotides also contain sugar groups, and chemical modifications in the last sugar of an RNA chain are critical for a variety of cellular processes. Initially, Javier Martinez’ Laboratory investigated how one of these modifications, a terminal cyclic phosphate group, is produced. Later, they identified a reaction in human cells that removes this modification. The enzyme responsible for this reaction has, until now, remained enigmatic.

By using protein purification techniques, the scientists of the Max Perutz Labs set out to trace the tracks of this mysterious enzyme. “Step-by-step, we filtered out the candidate enzyme from a complex ‘soup’ of thousands of proteins, following its ability to remove the cyclic phosphate”, explains PhD student and first author Paola Hentges Pinto. Finally, together with the co-author Stefan Weitzer, she identified ANGEL2 as the much sought-after enzyme.

ANGEL2 belongs to a family of enzymes known as deadenylases, that carry out a radically different reaction on RNA ends. Deadenylases remove a string of adenosines found at the end of messenger RNAs, a specific class of RNAs. Removal of this particular type of nucleotide leads to the degradation of mRNAs. By performing structural analyses as part of a collaboration with Martin Jinek and Alena Kroupova at the University of Zurich, the scientists could reveal the reaction mechanism of ANGEL2 and explain why it does remove cyclic phosphates rather than eliminating adenosines.

Modifying the levels of ANGEL2 in cells provided important clues about its biological function. ANGEL2 emerged as involved in a type of stress reaction called the unfolded protein response (UPR). In order for proteins to carry out their functions, the amino acid chain has to be correctly folded. The UPR is triggered when misfolded, non-functional proteins accumulate due to cellular disturbances. The UPR seeks to correct the protein-folding defect and to restore normal function of the cell. “We could ultimately show that ANGEL2 regulates the UPR, a significant finding since perturbation in the UPR is involved in neurodegenerative and metabolic disorders”, conclude the researchers. This finding provides the basis for a potential therapeutic application in diseases linked to UPR.