The Austrian Science Fund (FWF) has awarded individual project grants to Manuela Baccarini, Martin Leeb, and Pavel Kovarik for a total funding of € 1.3 million. The scientists, who are all part of the SMICH doctoral program at the Max Perutz Labs, will lead exciting projects in cell signalling, immunity, and cell fate determination respectively. 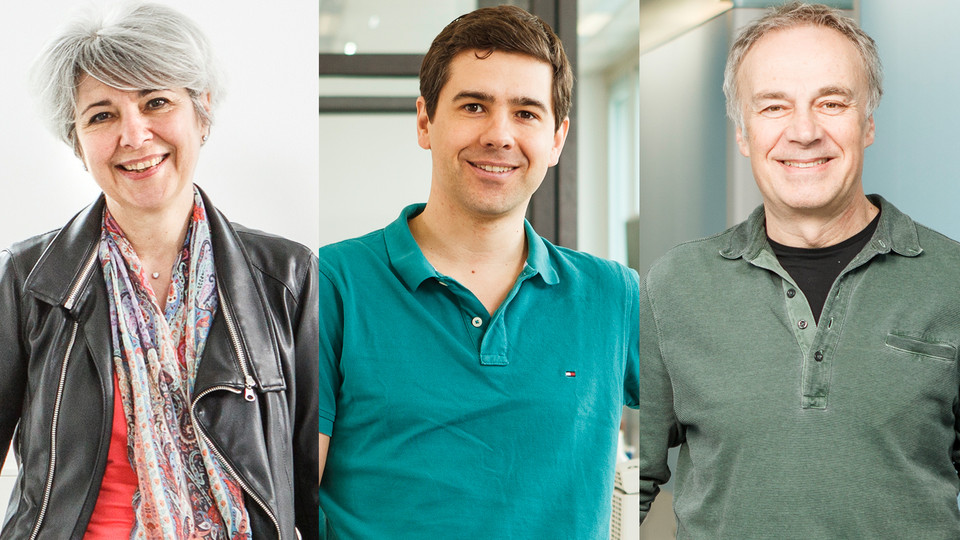 The Baccarini Lab explores the MAPK/ERK pathway, a central signaling cascade involved in cellular proliferation, differentiation, development, inflammatory responses, and cell death in mammalian cells. Hyperactivation of the MAPK pathway is a characteristic of many diseases, including developmental disorders and cancer. The lab is particularly interested in how the pathway integrates multiple inputs from the cellular environment to drive appropriate responses. In their FWF-funded project, the scientists will investigate the mechanistic basis of signal integration by the kinase MEK1, a key mediator of Raf-ERK signaling.

Research in the Kovarik group centers around the question of how the immune response is balanced during infection. While defense mechanisms drive clearance of disease-causing agents, tolerance mechanisms limit tissue damage. Recently, the lab has scrutinized IL-1α and IL-1β, two important signaling molecules that regulate inflammation and immunity. In their recent study, published in Science Advances, the team showed that IL-1α and IL-1β have distinct functions in promoting tolerance and defense against infections respectively. With their new FWF grant, the scientists will focus on the mechanisms by which IL-1α reprograms metabolic pathways to promote host tolerance.

The lab of Martin Leeb is interested in the molecular mechanisms of cell fate choice. During development, stem cells undergo multiple, tightly regulated identity transitions that change their potential to develop into tissue specific cells. The endoderm, mesoderm and ectoderm are germ layers that form during the early stages of embryonal development. They contain some of the first lineage-specific stem cells, and each layer eventually gives rise to certain cell types in the organism. However, a comprehensive understanding of the cell fate decision that results in the establishment of definitive lineage identity is lacking. The FWF funded project of the Leeb group aims to identify the factors regulating the formation a definitive endoderm, and to understand their modes of action.