Congratulations to Elias Adriaenssens, who has been awarded a prestigious Marie Sklodowska-Curie Fellowship. A biochemist by training, Elias will work in the lab of Sascha Martens to reconstitute mitophagy in vitro, with the aim of better understanding its involvement in Parkinson’s disease. 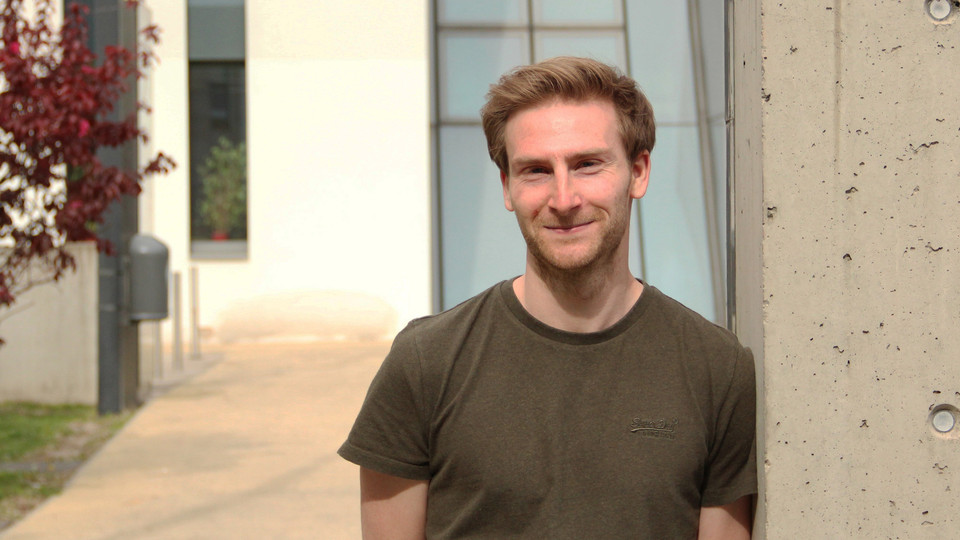 Cellular processes create a considerable amount of waste, including damaged organelles, and misfolded proteins. To avoid catastrophic consequences caused by the accumulation of this material, cells employ dedicated processes, collectively known as autophagy, to clear and recycle it. A selective form of autophagy called mitophagy removes damaged mitochondria. Mitophagy is directed by the protein kinase PINK1 and the E3 ubiquitin ligase Parkin, both of which are mutated in Parkinson’s and other neurodegenerative diseases. “We have a good understanding of the players involved in mitophagy, but how they cooperate to form the mitophagosome is poorly understood”, explains Elias Adriaenssens. In his EU-funded project in the Martens lab, Elias will attempt to reconstitute the biogenesis of the mitophagosome with purified proteins in vitro, to obtain a mechanistic understanding of how the process is executed and regulated. “Ultimately, we hope that we can identify points of regulation that could be targeted therapeutically in Parkinson’s and other diseases”, he says.

Originally from Belgium, Elias studied in Antwerp and later in Oxford. He moved back to Belgium for his PhD where he studied protein quality control in mitochondria. In the Martens lab he has found the perfect environment to conduct his postdoctoral research. “The lab approach addresses many of the questions and problems I sometimes felt stuck on during my PhD”, he says. “Talking to Sascha, we quickly realized that we can combine our expertises in working with mitochondria and reconstituting autophagy for this project”. Elias will work as part of a consortium of researchers that includes the Martens lab, and is led by James Hurley from the University of California in Berkeley. In 2020, the group received funding from the Aligning Science Across Parkinson’s (ASAP) initiative and the Michael J. Fox foundation to study mechanisms of mitochondrial damage control. “I feel privileged to work as part of the ASAP initiative on a fascinating basic research project, in which we may be able to contribute to the understanding of Parkinson’s disease”, Elias says.