Centrioles are cytoplasmic structures whose distinguishing feature is an outer wall composed of a nine-fold symmetric array of stabilized microtubules. Centrioles perform two important functions in eukaryotic cells: 1) they form centrosomes that organize the microtubule cytoskeleton and contribute to cell division, and 2) they form cilia, cellular projections that perform critical sensory and motile functions. Reflecting their multiple roles in development and tissue homeostasis, centrosome and cilia abnormalities have been linked to cancer as well as developmental and adult disorders including ciliopathies, dwarfism and microcephaly. Work in my lab seeks to understand the fundamental and conserved molecular mechanisms underlying centriole assembly and their function in centrosome and cilium biogenesis.

In our lab we are using a combination of biochemical, cell biological and genetic approaches in the nematode C. elegans and the fruit fly D. melanogaster to investigate the fundamental and conserved molecular mechanisms underlying centriole assembly and function. In previous work we have used the C. elegans early embryo to define the molecular requirements for centriole assembly. The six-protein molecular pathway we identified has since been found to be conserved from ciliates to vertebrates, and is thought to form the core of the centriole assembly machinery in all eukaryotes. Current research builds on this foundation, seeking to answer three main questions: 1) How do centrioles assemble, and what are the molecular mechanisms that underlie their remarkable stability; 2) how do centrioles recruit pericentriolar material to form centrosomes and what is the molecular nature of this material; and 3) how do centrioles form cilia, focusing on the early events in ciliogenesis.

Following undergraduate studies at the University of Cambridge, a PhD at the Wellcome Centre for Cell Biology in Edinburgh and post-doctoral work at the Ludwig Insitute for Cancer Research in San Diego, Alex became a Junior Group Leader at the Max Perutz Labs in 2010 and in 2015 Associate Professor at the University of Vienna. 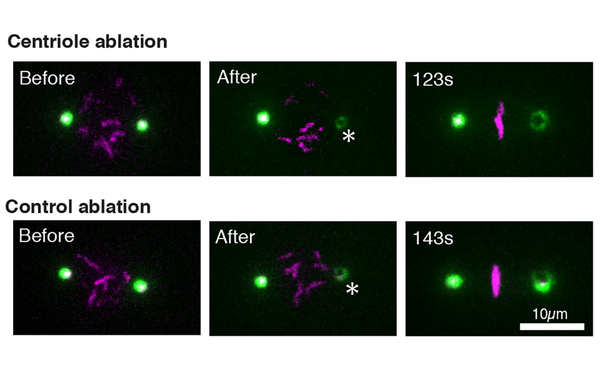 One of the main functions of centrioles is to serve as focal points for the recruitment of microtubule-organizing pericentriolar material (PCM). We previously showed that the PCM scaffold in C. elegans expands isotropically by incorporation of additional subunits throughout its volume (Laos et al., Curr Biol 2015). Thus, there is no privileged role for centrioles as docking sites for PCM assembly. However, this did not exclude an indirect, signaling role. To directly test centriole involvement we recently performed targeted laser ablation of centrioles at the onset of mitosis (Cabral, Laos et al., Dev Cell 2019). Unexpectedly, we found centrioles to be absolutely required for further PCM recruitment. Additionally, centrioles were required for centrosome structural integrity though not for maintenance of the PCM polymer per se. Thus, centrioles are certainly critical players throughout mitosis. 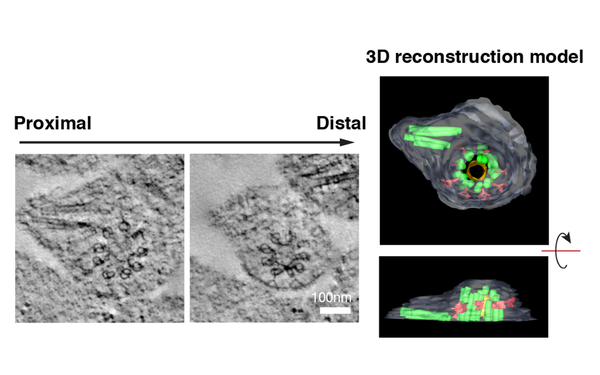 The other main function of centrioles, conserved in all species that possess them, is as basal bodies templating the formation of cilia. Ciliogenesis involves the docking of basal bodies to the plasma membrane and assembly of an elaborate gating structure, known as the transition zone, immediately distal to the basal body. Finally, the microtubule-based axoneme that serves the backbone of the cilium forms by direct extension of centriolar microtubules. Unusually, in C. elegans ciliated neurons, the basal body does not persist at the ciliary base, but degenerates during neuronal differentiation. Using a combination of light microscopy and electron tomography we showed that centrioles degenerate remarkably early in ciliogenesis, prior to expansion of the ciliary transition zone and axoneme elongation (Serwas et al., J Cell Biol 2017). Unlike in the case of centrosome assembly, centrioles are therefore required only for cilium initiation, but not directly involved in later steps of maturation and maintenance. 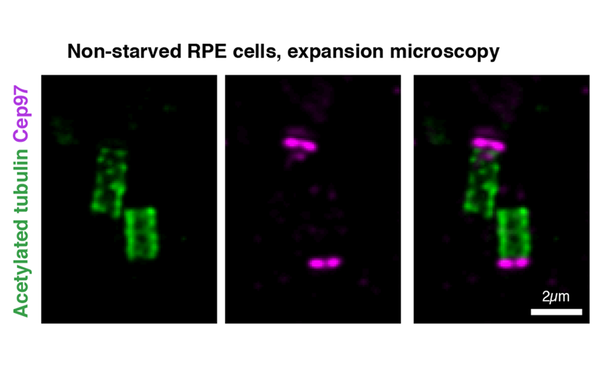 Centrioles are well known for the elaborate nine-fold symmetric architecture of their microtubule-based wall, which is essentially invariant from cell to cell and stably maintained over many generations and potentially the lifetime of the animal with no exchange of subunits with the surrounding cytoplasm. While considerable progress has been made in deciphering the molecular mechanisms underlying centriole assembly, how centrioles maintain their remarkable structural stability is not well understood. We recently identified the highly conserved centriolar protein Cep97 as a critical player in centriole stability and cilium assembly in Drosophila melanogaster (Dobbelaere et al, Curr Biol 2020). Cep97 stably binds mature centrioles and inhibits their dynamics. Loss of Cep97 results in an uncapping of centrioles and consequently shrinkage or elongation depending on cytoplasmic conditions. 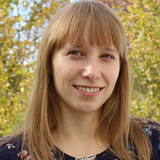 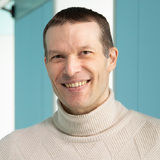 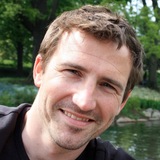 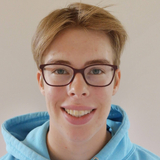 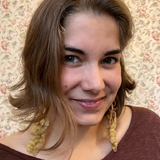 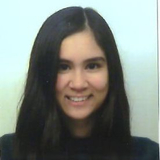 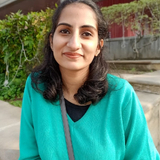 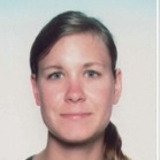 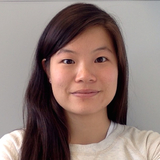 An acentriolar centrosome at the C. elegans ciliary base.

Cep97 Is Required for Centriole Structural Integrity and Cilia Formation in Drosophila.

Differential Requirements for Centrioles in Mitotic Centrosome Growth and Maintenance.

View all Publications of Group Dammermann

Alexander Dammermann is part of the SFB "Meiosis"

The Group Dammermann participates in in the special Doctoral Program 'Chromosome Dynamics' reviewed and funded by the Austrian Research Fund FWF.

The Group Dammermann is an associate member of the Special Research Area (SFB) "Chromosome Dynamics - Unraveling the function of chromosomal domains" funded by the Austrian Science Fund FWF.